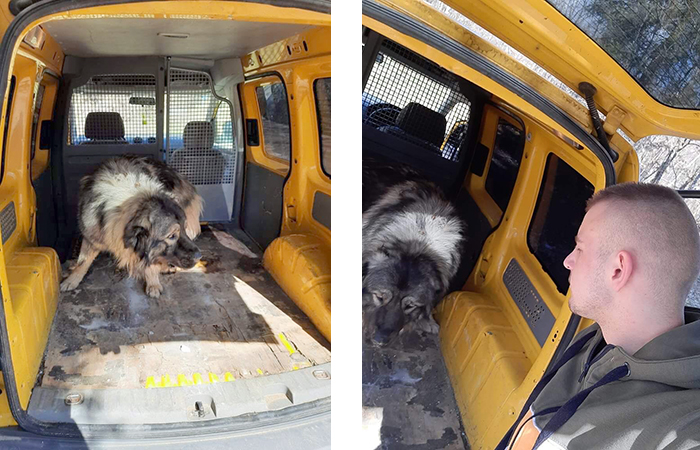 Castor being rescued from the streets of Bosnia, unable to walk after being subjected to electric shock

This case in appalling & upsetting.. a Bosnian street dog (called Castor) who’s been subjected to an electric shock!

“This was the first time that I saw an animal tortured with an electro shocker, and I have seen a lot of things in my life 😡 This beautiful dog had been wandering in the suburban area of Breza for some time and locals regularly fed him. However two nights ago he was caught by public dog catchers. I got a call from people who fed Castor who told me that when those same workers released the dog, he could no longer stand! So I immediately organised to take him to the vet.”

The vet says it is obvious from the two holes in his body, they were definitely inflicted by an electro shocker. Unfortunately those aren’t Castor’s only injuries.

This poor dog is understandably badly traumatised by this unthinkable abuse & is now very nervous & afraid aound people! The vet is checking him daily but he needs strong antibiotics, creams & pain killlers, a microchip, nutritious food etc. to get him on the road to recovery.

Luckily Castor trusts the vet & slowly we hope that his confidence will be re-gained & he can go on to lead a happy life. He’s currently being fostered by Dalida’s friend on her property where he has lots of freedom, care & love.

When K9Aid was first alerted to this case we sent an emergency donation so that Castor could urgently be taken to the vet. We couldn’t wait, we had to act fast! Dalida has asked for our help to provide Castor with the ongoing meds & care he needs which amounts to $300USD.

This truly is a shocking story, please donate if you can to help this poor soul. Thank you x 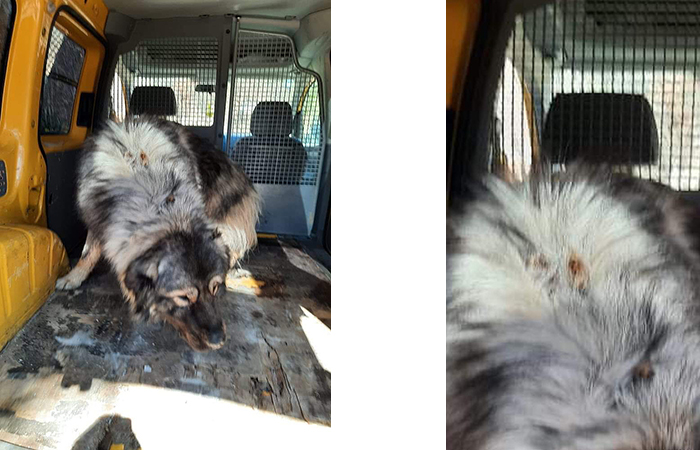