The heartbreaking discovery of Eli

THE HEART BREAKING DISCOVERY OF “ELI” ….

This is one of those cases that truly breaks our heart, yet again!

This poor dog was discovered in Cebu, The Philippines by Rescuer Fe Calipay. Fe was returning home from feeding dogs & harvesting magoes last Sunday when she spotted an emaciated, skinny dog on the road. She stopped to see if she could help him & was immediately shocked & horrified when she saw his badly injured face.

The skin has been ripped from his muzzle, exposing his flesh & bones. It was such a confronting sight for Fe who was overcome with compassion & grief for this poor soul, as she imagined the pain & suffering he forced to endure.

Fe immediately rushed home to get food & a collar/leash which she’d need to capture and rescue him. But when she returned, Eli had vanished. She spent all that afternoon going house to house, asking locals if they’d seen this poor dog. Eventually at around 5pm, she found him. He was not easy to catch as he’s scared of people, but with the help of others, they managed to capture him and took him straight to the vet clinic.

Eliis currently staying at the clinic where he is under observation and they are trying to stabilize his weak condition, giving him fluids, antibiotics etc. When strong enough he will likely need to be transported to Manila for a biopsy to assess his facial condition & to see what (if anything) can be done to help him.

After just a few days at the vet, Eli is managing to eat soft food and is doing well. He has a long road ahead of him, but we desperately want to help him.

The estimated cost to treat Eli is $400 & we’d like to ask our supporters for their help raising this amount.

The vet tells us Eli is only about 1 year old. We’ve no idea how he received this severe injury, but we’d desperately like to help ease his suffering. 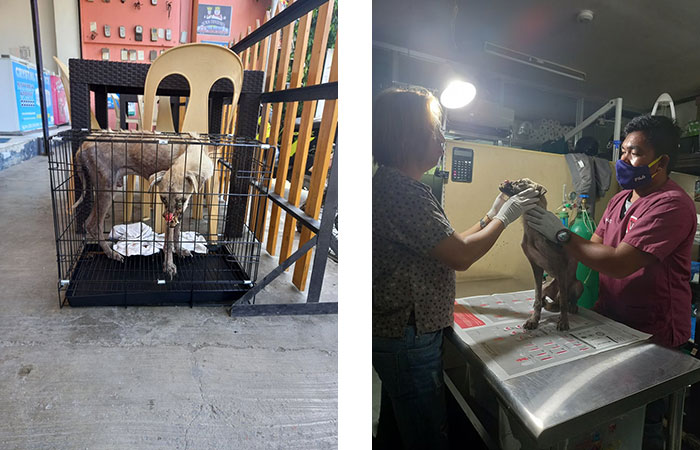 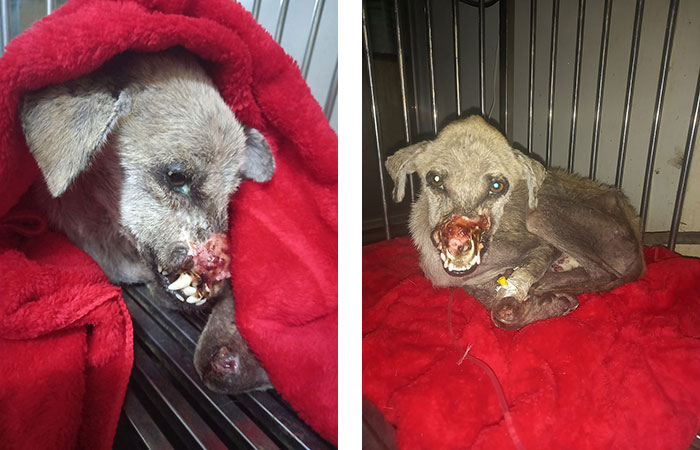