Grandpop’s life is worth saving 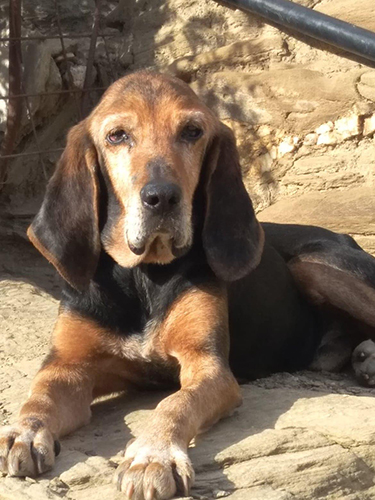 GRANDPOP’S LIFE IS ABSOLUTELY WORTH SAVING!…

This is “Papou” which is Greek for Grandpop!. He is an old hunting dog rescued last week by Sandy from the Andros Animal Shelter in Greece.

He was found on the outskirts of a remote town toally exhausted! His terrible owner had left him to return on his own after taking him on a hunting expedition & the sick 13 year old dog was unable to keep up. Had he not been found he’d probably have perished in the countryside.

After rescuing him & persuading the owner to hand the dog over to her, Sandy took him to the vet & he was diagnosed as suffering from a parasitic disease called Leishmaniasis (known in Greece as Kalazaar). This disease can be controlled with medication but if left untreated, it will be fatal.

Sandy describes him as a “sweet old boy who “still loves life and is absolutely worth saving”!!!

His reading for Leishmania is high (1600) which means he very much needs treatment. Sandy says “it would be a shame to just let it get worse and he would die”.

Sandy wants to have Papou seen by an excellent vet on a nearby island as his test results also show his liver is not good and he will need additional treatment.

The Leishmania treatment will cost $350 & will save his life!

Sandy does not want to return Papou to his owner as he keeps him chained up outside & does not care for him properly. She also said he does not seem to like his owner. It’s hardly surprising!

At present, he’s staying at the Andros council shelter and he loves to sit in the winter sun there. But once well enough Sandy will take him to her shelter.

We really want to help this sad old dog!.. He deserves to be as healthy as possible and enjoy the time he has left. Please help us do that by sending a small donation towards his treatment.

Any donation will be welcome. Thank you. x

We hope to have an update shortly. 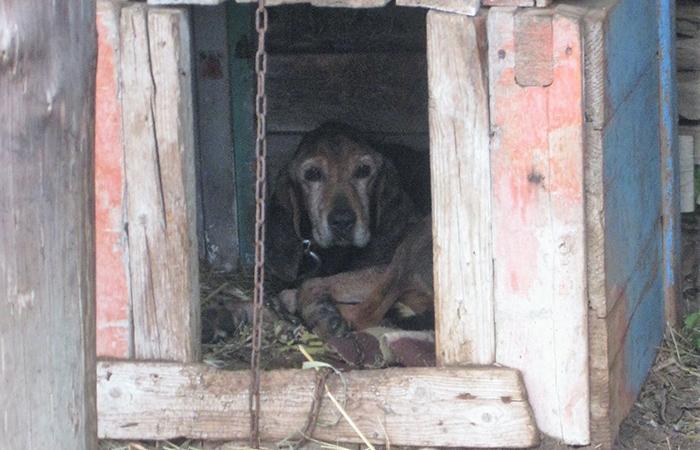 this is how he’s lived his life. Chained to his kennel when he’s not out hunting with his owner. 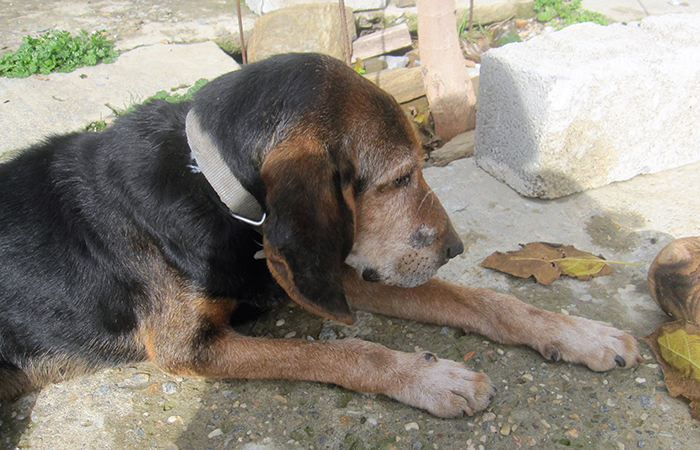