K9Aid is run by a small group of dedicated Volunteers

who between them, have a wealth of experience in the Animal Rescue Industry. The main goal is to help animals in distress through Fundraising & Re-Homing.
We do this on behalf of our army of supporters who provide the funds to: 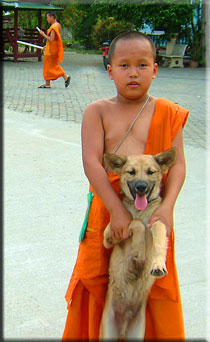 Much of the work is just making things happen, from emergency calls for help, providing funds to pay for medical treatment to arranging the often difficult transport arrangement to get a dog to it’s new home. Having found new homes for over 750 dogs our volunteers have a wealth of experience at re-homing. The challenge in animal welfare is to make things happen, so to steal a saying “Just Do It” (thanks Nike)  is the order of the day. You the supporters are always there when a dog is in trouble & really needs a friend, without you nothing happens.

K9Aid’s supporters are there to help the small animal rescue groups who get no help from government or major organisations. Right down at street level helping dedicated individuals who are trying to make a difference with little or no support. Dogs don’t choose who rescues them, they just need a real friend. Sometimes animal rescue can seem to be just too big a problem, the numbers of animals that need help never seems to decrease.

The only proven way to control street animal number is by “CAPTURE, NEUTER & RELEASE”,  this will stop the cycle of puppies & bring a better standard of life to the stray population. K9Aid runs mobile “SNIP” clinics to help control the numbers & vaccinate against rabies.  Dogs cannot control their own fertility it is us humans who must be there for them.

There is a light at the end of this tunnel, slowly public attitude to animal welfare is changing, even in Asia the young are seeing animals as friends not to be ill treated  or as food. The hope is the good work being done by the supporters of K9Aid will be an example to the young so they grow up in world where animals are treated with respect…

Our Team members include Cindy & Derek Amey – who were full time Volunteers for Soi Dog Foundation (Phuket, Thailand) for 3 years.  Debbie & Lee Mole who bring a wealth of experience in fundraising, having been involved in the Animal Rescue industry for 8 years. Ellie Harris the first ever adopter of a Thai dog in Australia & passionate volunteer with experience in fundraising & adoptions. Tina McCready a long term animal rescue supporter with fundraising & Social Media experience. Debbie Barnard who has spent many years helping animals, she handles our donor & sponsor communication. Also Khun Ti our fixer in Bangkok who makes things happen & ensures that the rescued dogs get the support they need.

K9Aid is a registered “Not for Profit Charity” in Australia, our motivation for making K9Aid a success is merely the satisfaction of helping animals to live a better life.